A programming font, designed with functionality in mind, and with some wibbly-wobbly handwriting-like fuzziness that makes it unassumingly cool. Download or see installation instructions. 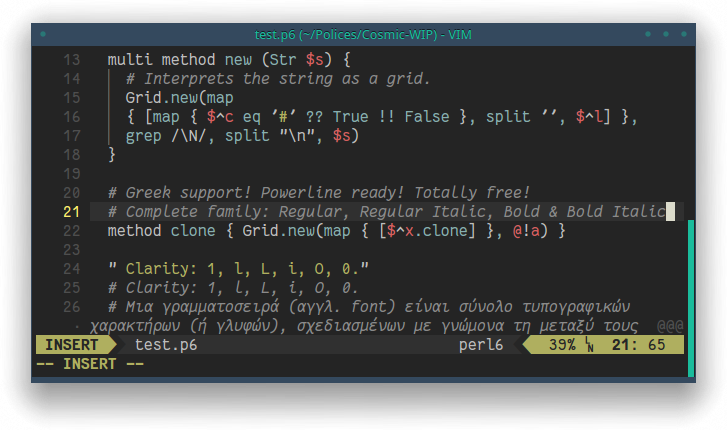 You can download the latest version and install it by hand. In the NoLoopK variant, the looped lowercase k is replaced with a straight version. The LargeLineHeight variant is especially useful for users of accented capitals. For more info, see the CHANGELOG.

Automatic installation on macOS with homebrew:

Alternatively, if you'd like to build Fantasque without installing required dependencies, a Dockerfile is provided. Run the following command, and the fonts will be built to the ./Variants directory. 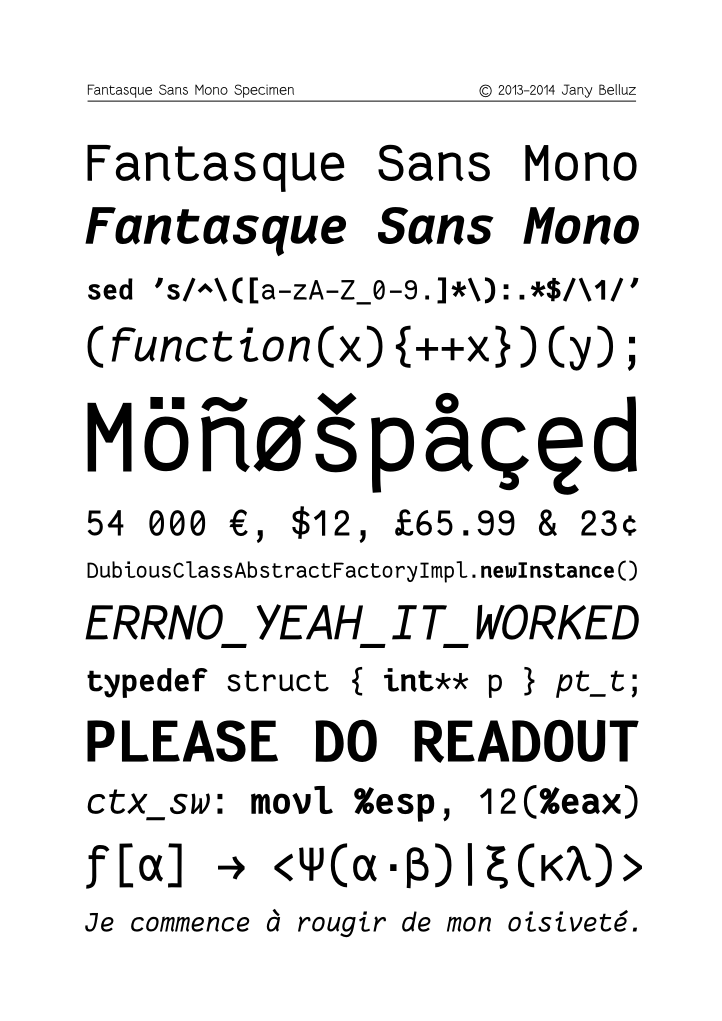